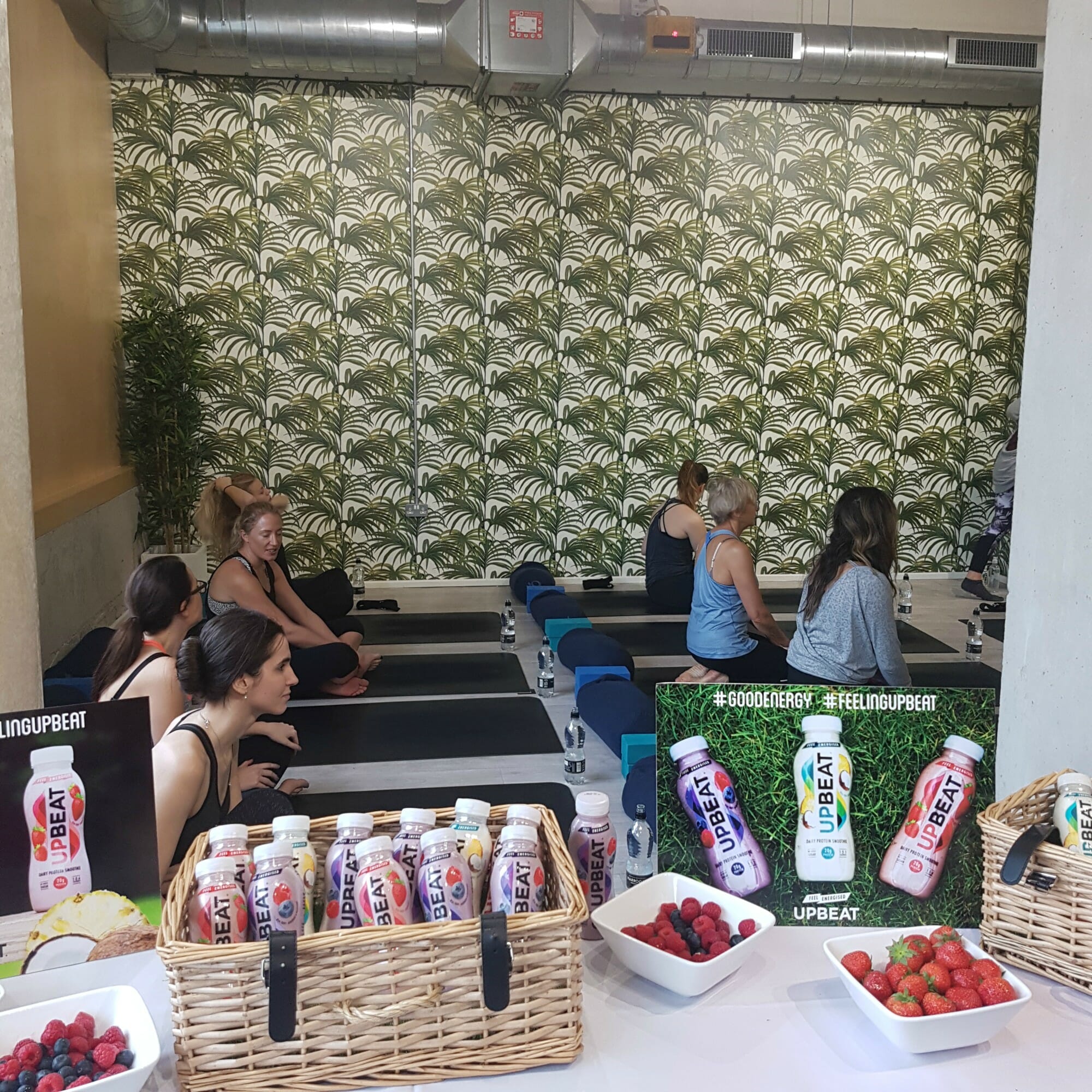 We gave press the perfect start to the day last week as we launched a new dairy protein smoothie range from Upbeat to the UK media.

Kicking off their Tuesday morning at the seriously stylish FRAME Yoga Gym in Kings Cross, fifteen journalists and influencers from titles including Red, Woman, Sainsbury’s Magazine and the Daily Express were treated to an Anti- Desk Yoga class to refresh their weary frames and re-align their posture. Not only getting themselves in an upbeat mood and starting the day in the right way, they were also treated to a sampling session to try the full Upbeat range. Coconut & Pineapple took the lead as the favourite flavour (serious Pina Colada vibes), but there were coos, oohs and ahhs over the Strawberry flavour and the Blueberry & Raspberry alike.

Giving the inside intel on the product benefits – past the flavour alone – was Upbeat dietitian Rebecca Dent. Not satisfied to flag to press that there is ‘no additional sugar’ in the Upbeat range, Rebecca was also on-hand to share about the benefits of amino acids for the body, breaking the myth that dairy is bad for your diet and why protein is king!

With tasting under-way, the Anti-Desk Yoga class releasing the shoulders and improving posture, our journalists left energised from the studio armed with goodie bags full of the fruity, delicious dairy smoothies to keep themselves upbeat all day! 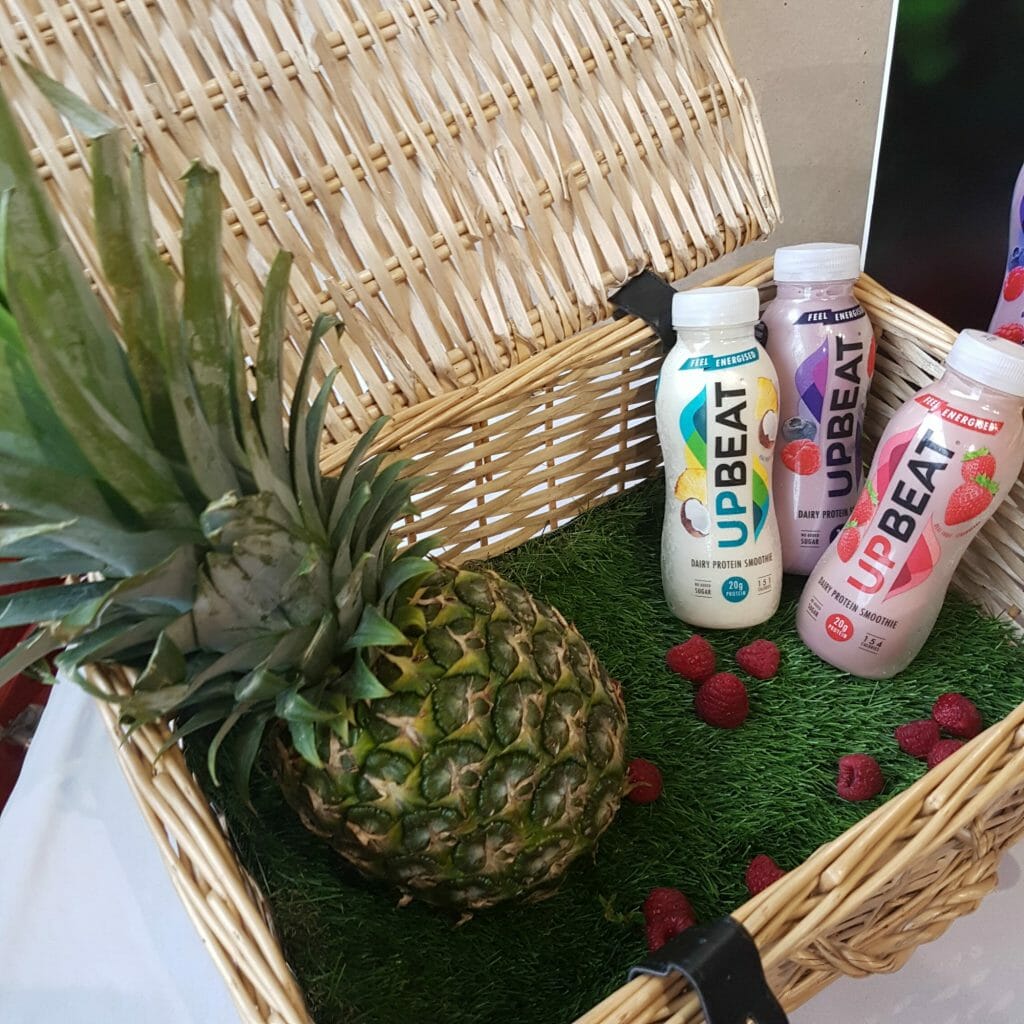