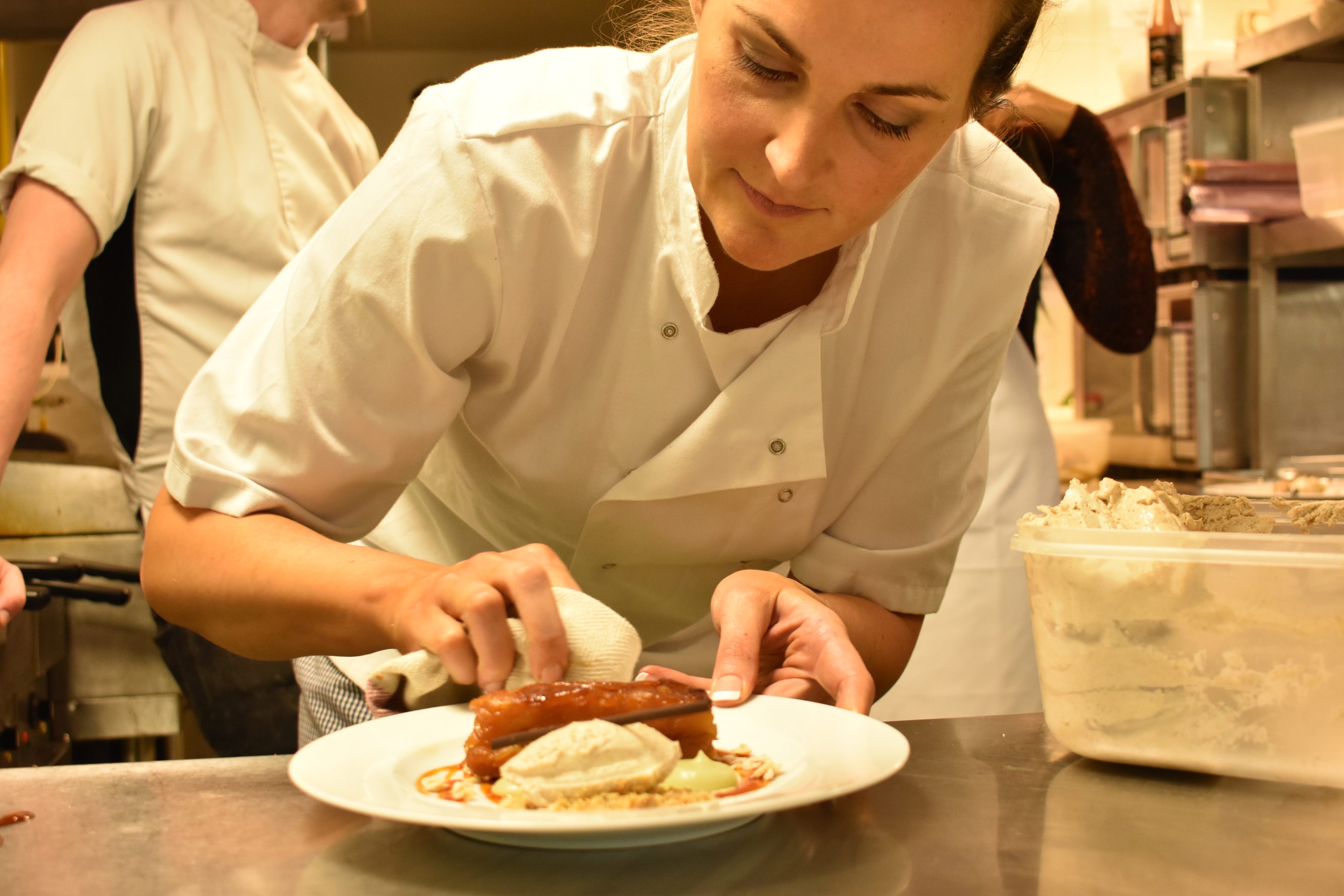 Cooking Up A Storm with Grosvenor Casino Salford

By Publicasity6th February 2018No Comments

It was an unforgettable night for foodies at Grosvenor Casino Salford, as Celebrity MasterChef 2017 winner, Angellica Bell, and last year’s Great British Bake Off champion, Sophie Faldo, treated over 70 guests to a three-course dining extravaganza. We were on hand to host a table of local press and influencers, including I Love Manchester and blogger Sophie’s Scran. 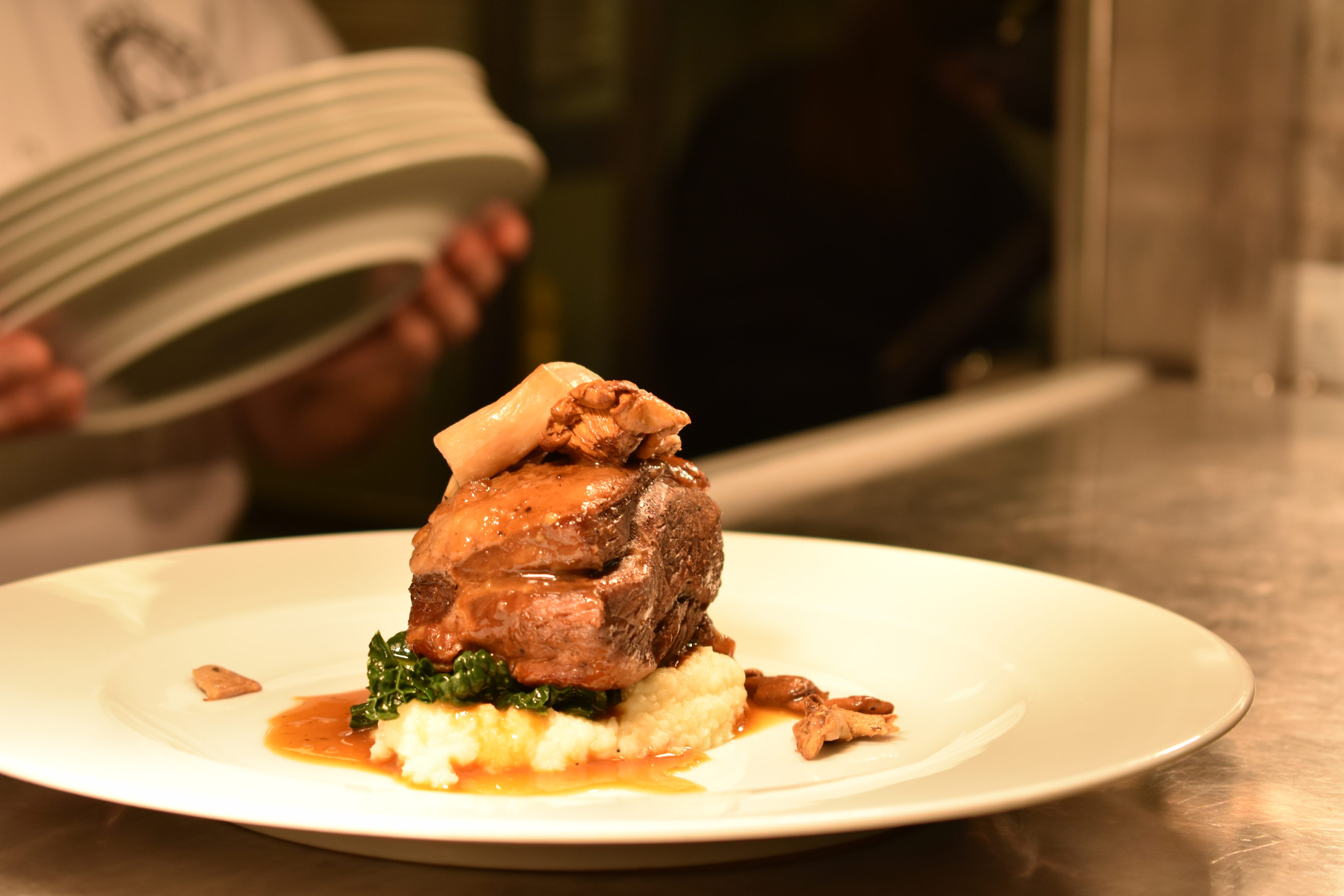 Following a drinks reception, diners were presented with a grilled Crottin de Chavignol goats cheese starter and succulent slow braised lamb rump for main, both cooked and introduced by Angellica, who beat Ulrika Johnson and Dev Griffin to the MasterChef title last September.

GBBO winner, Sophie Faldo, not only rounded off the meal with a delicious plated tarte tatin slice, but created a showstopping Oriental inspired three-tier cake for a post-dinner charity auction, with all proceeds going to Carers Trust. There was also a Q&A with both chefs, who revealed what it was like to be on two of the nation’s most famous cooking shows, and their plans for the future. 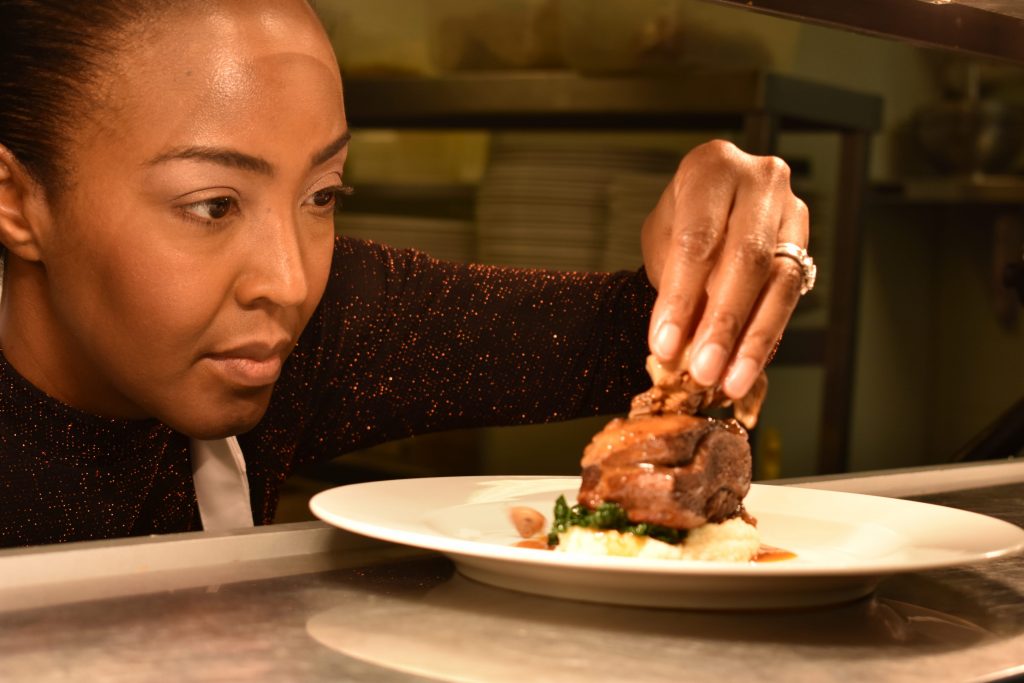 Angellica commented: “It’s been a great experience creating this new menu, which was inspired by my time on MasterChef. I’d definitely be open to creating more dishes in the future – watch this space!”